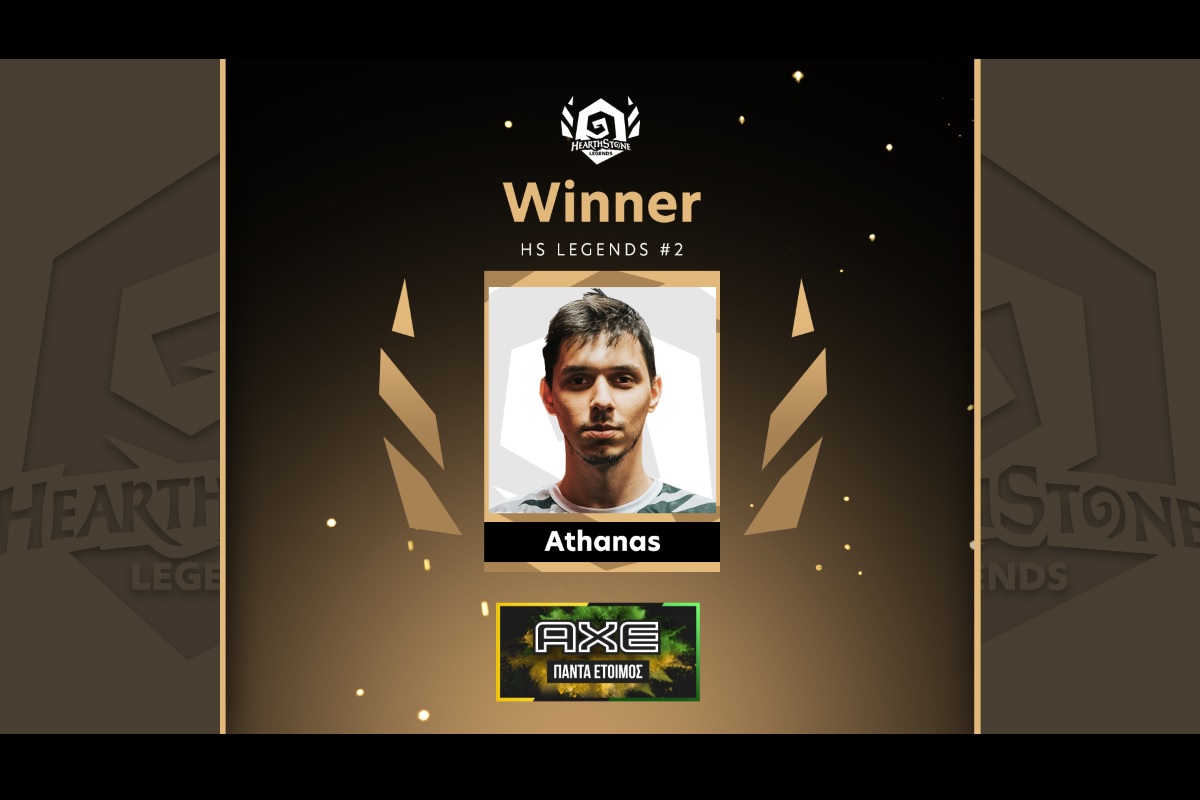 Congratulations to Giannis “Athanas” Athanasiou for winning the second Hearthstone Legends tournament! He managed to outperform everyone and earned 300 Euros for his victory!

This brings both Athanas and his teammate Nasos “Cursed” Papadimitriou, to the top spots of the series Leaderboard, both with five points.

This was an exemplary tournament with a lot of representation from many great Greek players. Athanas had a great performance and well deserved the victory.

In the Top 8 matchups he defeated Nikolaos “NikosFas” Fasoulas (3-1), and “Yun” (3-2) in the semi-finals. Leading to his final match against “JohnBalance”(3-0) to claim victory overall!

Many Kudos to all the participants!