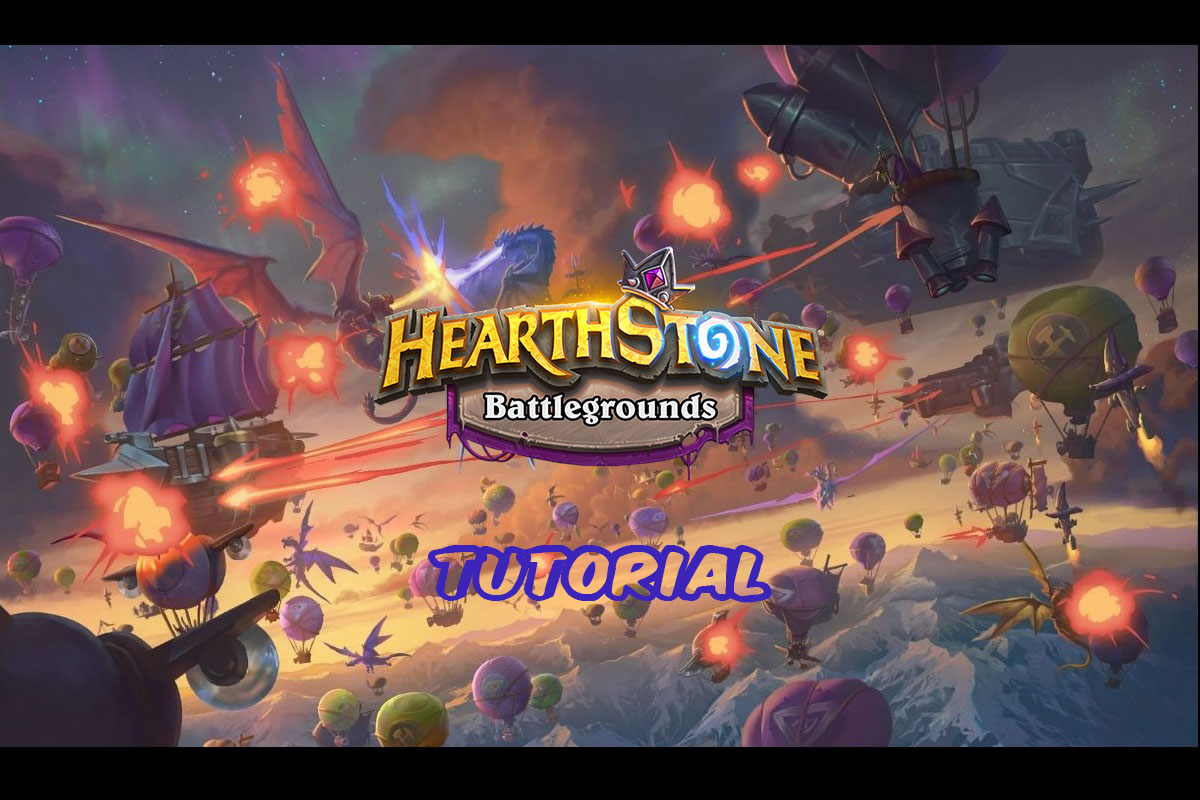 Greetings fellow travelers! It is Battlegrounds week for Hearthstone!

I have managed to qualify for all the Hearthstone Masters Tournaments for 2019 (+ Texas for 2020) and I never expected to be absorbed by this new mode.

I have played more than 250 games till now (Rating: 5700+) and I would like to share some of my thoughts and some initial tips/strategies, I think can help a bit everyone. This article is divided in two parts.

The first part, is like a more expansive tutorial of the game, so if someone thinks that he knows these stuff, he can jump to the second part that I mention some simple tactics, that can help you adjust easier in your initial games.

The Basics of the Game

Hearthstone Battlegrounds is an auto-battler game (battle integration happens automatically), that 8 players fight against each other, till only one survives.

A. Tavern Phase: In this phase a player can buy/sell minions, upgrade Tavern Tier (defines the quality of the minions), use a Hero Power and change the position of his minions.

B. Combat Phase: In this phase, the minions of each opponent battle automatically, till one of the two board prevails. The winner of this phase damages his opponent, accordingly to the sum of the power-level of his minions, plus the level of his Tavern.

I believe the way economy works in Battlegrounds, provides the game a differentiation compared to all the other auto-battle games out there. It has the same elements of how Mana mechanics work in Hearthstone and you just replace the word Mana with the word Gold.

In each round, you get 1 gold more and you can’t keep the unspent ones for the next round. For optimal play, you have to spend all your gold in the Tavern Phase. In the 1st round you start with 3 gold, in the 2nd with 4 gold, …, till you start obtaining 10 gold from the 8th round and forward, till the end of the game.

All the minions – no matter their tier, can be bought for 3 gold coins and can be sold for 1 gold coin. The same applies for all the token minions – that are summoned when you combine 3x same minion – and re-rolling the minions in the Tavern Phase, costs 1 gold coin.

This phase, is essentially the core and substance of Battlegrounds.

Each time you enter the Tavern, you see some minions that you can buy. After you buy one, it is transferred in your hand and not automatically on the board. If you decide it to place a minion on the board, you CAN’T return it back in your hand. If you want to replace a minion from your board you either have to sell it, or to transform it to a golden one, by obtaining 3x same ones. You can have maximum 7 minions on the board at the same time.

A Golden Minion, has double the initial stats of the minion (plus all the extra buffed stats) and when you create one, you discover also a minion that is one lvl higher from the tier of your Tavern.

Minions that are placed on the left of the board will attack first.

Freeze: Also known as “Lock” in other auto-battle games. By using Freeze you make Bob offer you the same minions in the next round.

Re-Roll: Also known as “Refresh”. It costs 1 gold and brings new minions into the Tavern, for you to buy.

Hero Power: In each round it can be used once and the cost depends on the power.

In this Phase you fight against one of your 7 opponents.

Minions that are placed on the left of the board will attack first and the fight will continue till one of the two boards gets defeated. The winner will damage his opponent. The total damage is calculated if you add the Tavern Tier, plus the total sum of the minions Tier that survived the board.

Minion Abilities that affect the battle:

Taunt: Just like Hearthstone, a Taunt minion is targeted first.

Poisonous: A minions insta-kills the minion it attacks. HP does not matter, but Divine Shield does 😉

Divine Shield: Negates all damage inflicted for one hit.

There are 24 Heroes available in the mode and each one of them has a different Hero Power. More Heroes will be added in the future.

The total number of minions in the game is 81 and most of them they belong into a specific race. This moment the available minion races are: Beast, Mech, Demon and Murloc.

The minions are divided:

Now that we are done with the basics, we can start talking about things that can actually help you increase your rank.

I will start with my personal Hero Tier List, I will continue with all the important minions and in the end I will mention some tips, that helped myself in my first games.

AF.Kay: First two rounds she sleeps, but after that she gets a great power spike that can carry till top4.

Patchwerk: He starts with 60HP, compared to 40HP of the rest of the Heroes. He can sustain some damage in the early rounds, he gives the opportunity to increase the Tavern Tier faster and has HP advantage in the late game.

The Curator: The 1/1 Amalgam is underrated and can be kept till the end, with specific buffs.

The Rat King: His hero power (+1/+2 buff) is very strong in the early rounds and it helps a lot in general.

These are the 5 out of 24 Heroes that I feel more comfortable to play with, but I believe that most of the Heroes are good and viable (Nefarian, Yogg-Saron, Lick King etc)

The weakest Heroes in my opinion this period are: Giantfin, Lich Baz’hial, Lord Jaraxxus, Patches the Pirate, Pyramad, Professor Putricide & Ragnaros. I am avoiding choosing them, if I can.

Because I think they are weak, this does not mean that earning a top4 spot with them is impossible. The Hero Power impact in the game is not so important. Gold Economy and minion/combo board building matters most.

As I mentioned above, there are 81 minions in total and now I will mention the most powerful/useful for combos, in each Tier.

There are 12 in this Tier and the only one of them that can be found in a late-game Demon combo board, is Wrath Weaver. All the other Tier 1 minions are usually sold in the mid-game and for that reason Alleycat and Murloc Tidehunter have a lot of value, because they are sold for 2 gold.

There are 16 minions in this Tier and amongst them, there are 2 core minions to create a Beast Combo Board (Rat Pack & Scavenging Hyena). Also, Nightmare Amalgam is here, the most flex minion in the whole game and Natherezim Overseer, a very good minion to buff Demons. The rest of the Tier 2 minions are weaker.

There are a lot of Core-Combo and Buff minions in this Tier. Buff minions are bought only to buff our board and then we sell them again. Core-combo minions that can be found here are: Cobablt Guardian (mech), Pack Leader (beast combo), Imp Gang Boss (demon combo).

All the minions in this Tier can help our board with their effects, or cause they are Core ones. Cave Hydra (beast), Junkbot (Mech Carry), Toxfin, Siegebreaker (demon), are essential picks depending the board.

All the mech minions that can be found in this Tier, can be kept till the end of the game.

From the 13 minions of this Tier, Goldrinn and Mal’ Ganis are a MUST pick for beast & demon boards. The only minions that I think that are a weaker choice are: Boogeymonster & Sated Threshadon.

This Tier has the least minions in total and some of them are considered to be just tech for countering specific situations (Zapp Slywick, Maexxma & Foe Reaper. Necessary combo minions are: Mama Bear, Voidlord, Kangor’s Apprentice and Gentle Megasaur.

Some strong minions like: Brann, Lightfang Enforcer, Baron Rivendare etc, haven’t been mentioned, but they are useful in general.

In general, I find the game extremely fun and a good change of pace from classic Hearthstone. Battlegrounds has the potential to last and remain interesting. Maybe a competitive mode in the future would make it even more attractive.

You can see more things about myself: | Twitter | Twitch |