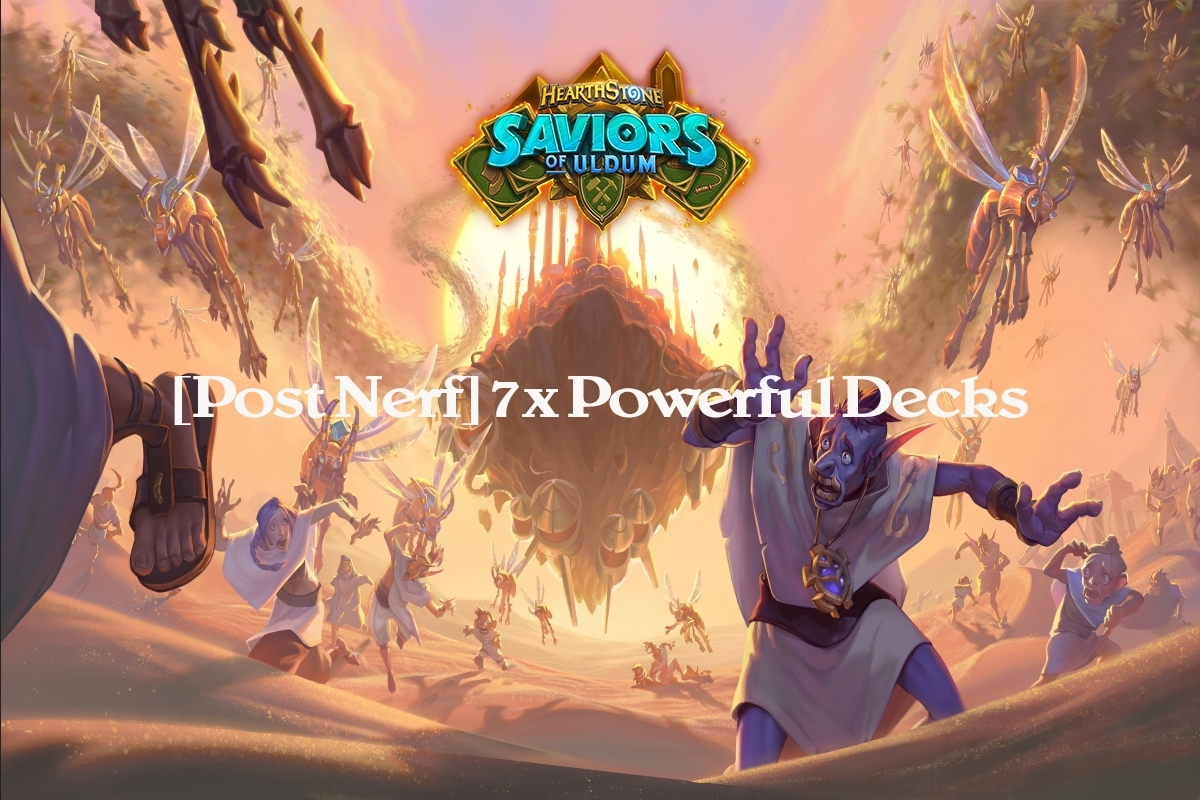 Hello, I am Cursed, a professional Hearthstone player representing Team Phantasma. In this article we will be going over the decks that have been dominating the spotlight following the recent nerfs.

Despite the nerfs only affecting a handful of cards, the reduced power level of certain decks, which have almost completely disappear from competitive play, has shaken up the meta. In the nerfs aftermath, Mage decks appear to be extinct , allowing many decks that were oppressed by Cyclone, Freeze or Reno Mage to rise to top tier status.

Aggro Warrior was already quite popular before the nerfs, however the meta shift has taken the deck to new heights of popularity and success. The worst enemy of aggressive decks, early Doomsayers, is gone and Priest, one of the few tempo decks that can secure the board early,has taken a massive blow to its early game. Furthermore, the increasing rise in popularity of Quest decks that start off slow provides an advantageous meta game for Aggro Warrior.

Highlander Hunter was indisputably one of the strongest decks before the nerfs, however, even though he didn’t take a hit in the recent nerfs, the absence of Mage decks, one of his best matchups, has resulted in lower winrate. Nonetheless it remains a strong deck that you will regularly come across.

The nerf of Dr. Boom has been long desired by the community. Unfortunately, the increased manacost proved to be little more than a simple nuisance to Control Warriors and even the recent indirect nerf to the archetypes powerful discover synergies has not been able to keep them down.

Combining an abundance of removal options with extremely strong late game, the deck can easily shut down aggression while still being able to go toe to toe with the greediest decks.

Holy Wrath Paladin is one of the most complex, yet satisfying decks to play. Despite losing a big portion of his good matchups, since Mage decks are pretty much non existent, the archetype is maybe stronger than ever. One of the main reasons for Holy Wrath Paladin’s success is that Quest decks have proven to be equally favored for him as Mage used to be. Even against decks like Control Warrior that can outlive the Otk turn, Zephrys can provide additional reach or strong minions like Tirion to help close off the game.

One of the two Quest decks that have gained great popularity following the nerfs. Without early Giant turns snowballing the game out of hand, Quest Shaman appears to have no clear counter.

Facing slow decks Quest Shaman really shines, being able to generate incredible value each turn, while also manifesting strong board presence and huge burst potential throughout the game. In addition, even faced with bad matchups, mainly fast-paced, aggressive decks like Priest, his ability to complete the quest by as early as turn 4 or 5 and then turn the game around is not to be underestimated.

Quest Druid is the other half of the Quest decks enjoying high winrates post nerfs.

Having one of the most powerful and easiest to complete (it basically completes itself) quests, this archetype can create huge tempo swings in the midgame with cards like Oasis Surger while also generating insane value in the late game, courtesy of Zephrys, Chef Nomi and Flobbidinous Floop. Since dropping Giants before the Druid Quest is even complete is no longer an option, the only realistic way to counter this deck is easly aggresion. However, even aggressive decks are on a very tight clock, since once the Quest is complete Druid has all the tools he could ask for, including heals, taunts, aoe clears and strong bodies, to stabilize.

Finally, Quest Druid is one of the decks that let the player tech the deck very efficiently to counter aggro or control matchups by teching in cards like BEEEES, Mind Control Tech and Pounce against aggro or King Phaoris and Elise against Control.

Despite losing its iconic Northshire Cleric into Extra Arms 1-2 punch combo, Combo Priest is without a doubt one of the strongest decks in the game right now. The archetype has in its arsenal the best 1 drop in the game that also provides the best drawing engine, combined with overstated minions and huge burst potential. Even decks packed with removals and defensive options like Control Warrior struggle to beat Priest once he hits a good curve or a strong opening hand.

The biggest strength of the deck is its multiple different ways to win. Sure, most games will end with some sort of Divine Spirit and Inner Fire or Topsy combination, but the way it gets there can widely differ. Sometimes Priest will kill you by sticking one minion, healing and/or buffing it multiple times throughout the first turns, other times he can create a board of unkillable minions, capitalizing on Highpriest Amet’s effect, and other times he will use his Northshire Cleric to draw as many cards as he needs to represent lethal for numerous turns, until there is no answer to be found. Truly a fearsome deck to face.

What did you think of this list? If you disagree with any decks mentioned or have any other deck that works well for you feel free to mention it in a comment!