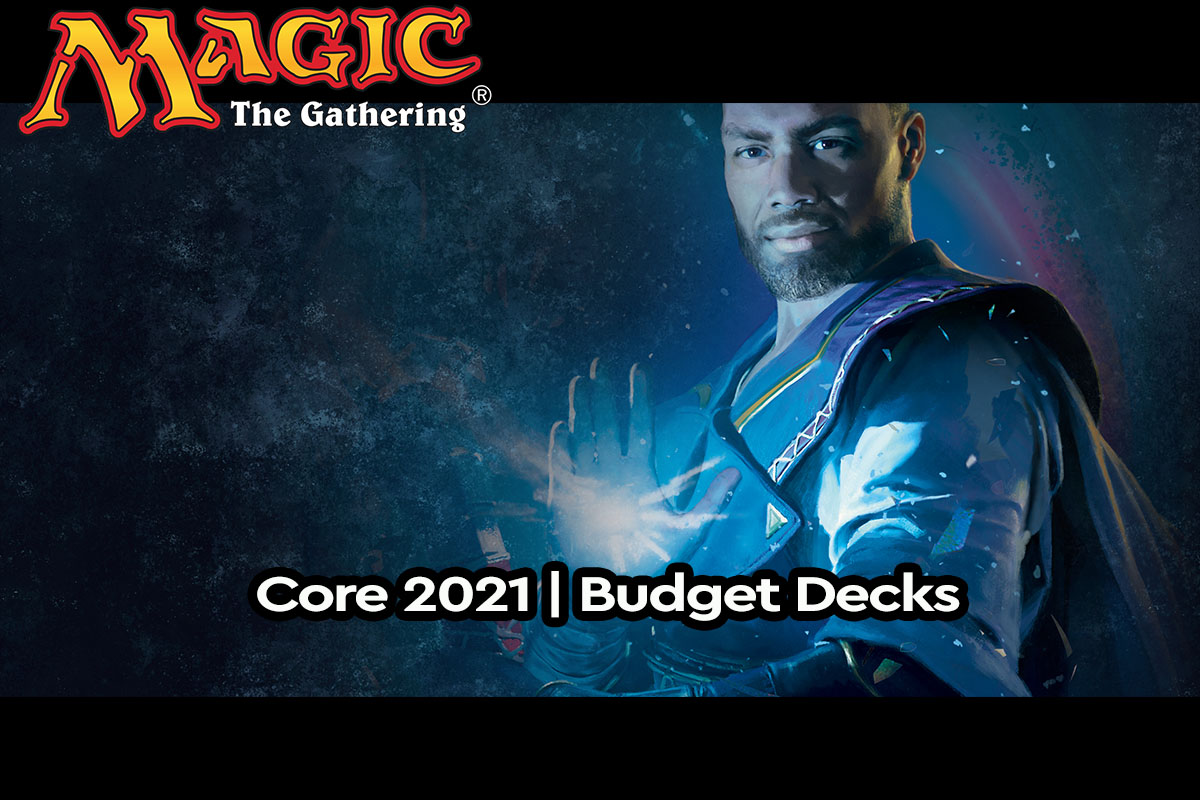 The release of Core 21 has shaken Standard quite a bit, but it isn’t fair to say that it has changed the mode drastically. For now everyone’s hopes lie on September’s rotation, for a better Standard format.

Although, on the other hand, it has many issues that are being revealed as time passes on.

Due to the current pandemic, there are many restrictions on gatherings of people. Local stores are starting to organize tournaments, but the conditions and restrictions for those gatherings are discouraging for most. Hopefully we will reach a point where less strict measures are needed and local communities begin to recover.

Most of the current player base haven’t attended a paper event since Ikoria: Lair of Behemoths, and  since a great amount of Core21 events will be cancelled, we are going to have trouble to gather cards to play our favorite decks in person. This can be solved by either buying out all the cards that have been missed, however this will be very expensive. The alternative is choosing a cheaper, but still competitive deck.

The kind of decks that typically cost less, are called mono colored decks, since the cost is greatly reduced because there are no two-colored lands. These decks existed in standard before Core21 (Black and Red) but two new ones were created and improved (Green and White).

Let’s check out some of the lists!

Starting from the most well-known, MonoRed hasn’t changed at all since Ikoria.

Monored’s only benefit from Core21 was the reprint of Shock and Scorching Dragonfire which means that these two cards will be in standard for two more years and red will stay strong!

Sideboard choices and maindeck variations (how many rimrock knights and bonecrusher Giants) depend on the slight changes of the metagame!


Deck in its current form has existed for a long time and I think it is well-known to everyone, so I don’t think the sideboard plan should be any trouble!

(All sideboard plans that I will write down, will be of this type, since metagame is not set till now)

This version of Monoblack is more aggro than the previous ones that were focused more on the sacrifice synergies.

This deck aims to win as fast as possible by using big creatures to win the board! But this doesn’t mean that there is no plan for the Late Game! This deck’s late game consists of drawing extra cards with Castle Lochtwain, buying back gutterbones and casting Demonic Embrace from graveyard.

Sideboarding with this deck is kind of simple, in most cases!

Versus aggro we need all removals from sideboard (5 cards and 9 versus Green and white based decks since we board in 4 Noxious Grasp) and cards that are not powerful enough on their own are usually boarded out (like demonic embrace or serrated scorpion). Versus slower decks that do not use a lot of creatures, we board out 4 removals for 4 drill bits.

My personal favorite from the 4 decks that are mentioned in this article, is MonoWhite.

I love White Weenie strategies that are typically “all-in”. Basically, this deck exists because of the powerful three mana cards that Core21 provided (Basri Ket, Glorious Anthem) and the addition of the Seasoned Hallowblade. White is the most aggro from the 4 decks that I mention today, since there are 18 1drops, 8 2 drops and finishers.

The reason that I refer to them as finishers is that in most cases, whenever a 3drop or a loxodont enters the battlefield, the game will finish in the next couple of turns, otherwise something went terribly wrong.

Sideboarding again, is not that hard!

Playing versus aggro decks we need more removals (versus Black and Red we board in Devout Decree) and we cut Faerie Guidemother and trim some Loxodons and/or Hallowblade, depending on the opponent’s deck. Versus more controllish decks who have access to Wrath effects, Glorious Anthems are not well positioned and are replaced by Gideons. Furthermore, Fight as One is more useful than Giant Killer / Glass Casket.

This list is of my own creation and I am not sure if it is tuned well. I am trying it out and I think this deck will probably be my choice for Redbull Qualifiers.

I left the beefiest deck for the end. Monogreen basically plays big creatures and tries to dominate the board with them!

There are only two additions in the maindeck but they are extremely important since they made this deck to gain a position in the Tier 1 Decks.

Those two additions are of course Scavenging ooze and Primal Might which give a significant edge versus aggro and graveyard-based decks. Furthermore, many lists use Elder Gargaroth in the Main, but I chose one that plays Nissa and Great Henge, as I think this makes it more stable. Monogreen has dominated Ladder in Arena since it is fast and good.

Sideboarding ain’t a problem with this deck!

While playing versus an aggro deck we side in Ram Through and some of the Ranger’s Guile (depending if opponent uses a lot of spot removals), versus mirror we also board in Oakhame Adversary, while cards like Kraul harpooner, Nissa and Great Henge are not well positioned.

In matchups where card advantage is vital we need extra Nissa, Elder Gargaroth as well as some ranger’s guile. We usually want to board out Gemrazers and a combination of Primal Might and Scavenging Ooze.

I think that these 4 decks are well positioned and can perform well in any kind of tournament and as I already mention it’s very likely that I will play White Weenie in the upcoming big Tournaments.

I also think those decks are great for Arena grinding since the  games don’t last long, and as we are playing aggro decks and I would dare to say that they are responsible for the absence of sacrifice decks from Ladder.


Anyway, good luck to everyone participating in the  Redbull Qualifiers, have a great summer and I hope everyone comes back stronger after summer vacations!

You can see more from Panagiotis “Panasavv” Savvidis: FB | Twitter |